About a year ago we had solar panels installed on our home.  I’m sharing our experience and what we learned for others who may be considering solar.

We were able to join the Baltimore Solar Cooperative through Retrofit Baltimore.  That co-op has since closed, but there’s a place to sign up to hear about new co-ops and look for current co-ops at MD Sun

A co-op is a great way to get solar if you can find one. They work as a group to get a good deal on solar installation for their members. They also act as a consumer advocate and are a great source for asking q’s about the process.

As far as credits and benefits from solar –
We see a noticeable reduction in our energy bill after having solar installed. More in summer than winter, of course.  The savings estimate that we were given has been very accurate.

We also get SRECs which are energy trading credits that we receive money for about quarterly. For this, we are required to post a meter reading at the end of each month online. We are registered with a company who sells our SRECs for us periodically and sends us a check. There is an option to sell your SRECs yourself if you prefer.

We got a rebate (from the state) as a credit on our solar install.  I’ve heard that this or another benefit may be ending in the future.

The proposal that we were given offered 3 levels of solar panels. We chose to go with the lowest priced panels as there was still a significant energy production (about 38% of our current usage) and the lower price meant that we’d make back the investment faster.

The online monitoring system required them to plug into a port on our internet router inside our house which they didn’t tell us ahead of time (one complaint that I passed on to them.) In the end, they brought in a mini router because it was too far across our basement from our internet router to our solar energy meter for the standard wireless signal.

It took several months between installation until activation which we were not aware of before. I think solar was installed the day before Halloween. It was activated finally sometime in December I think. The delay is a result of needing the power company to come out and install a Smart Meter, then give the ok to start it up.  Current meters only measure power flowing through as opposed to differentiating between power generated vs. used. So without a smart meter, turning on the solar (there’s actually a switch at the side of the house) we’d have been charged for power generated!

I recommend that you read the install contract very carefully. One issue was that the contract said any damage to our gutters, landscaping, etc. during installation would be our responsibility to replace or repair. When we told them that we had issues with this and 2 other parts of the contract, they promptly told us to cross out those parts. Not sure if this would have been the same if we hadn’t been with the co-op.

There are companies out there offering free solar installation in which you basically rent them your roof. We didn’t like this option as you have to buy back the solar equipment from them if you want to move or get out of the arrangement. If there is a problem with your roof, you have to pay for repairs using a contractor they choose. They offer 40% off your bill, but that’s not a hard number, so I’m concerned that they could fudge the numbers (raise your energy cost) so that you’re not really saving as much as you might have expected. Originally the solar company said was a deal in conjunction with the local power company, but I’ve heard the power company is not admitting to working with these companies now. I believe it was Vivint Solar and I’ve heard about issues with installation delays with them.

Neighborhoods with a Homeowners Association usually want to approve any exterior modifications to your home, so check with your HOA to find out their process for this.  Even our neighborhood with “voluntary” HOA dues requests homeowners to get approval before making modifications of this type.

We have been very happy with our solar installation, savings and being able to help the environment by generating clean energy to offset some of our energy use!

Amazon Prime has a lot more benefits than just free two day shipping.  I’ve found that a lot of friends have Prime, but don’t know that it includes a lot of free music, and tons of free movies and TV shows.  And if you don’t already have Amazon Prime, you can get a free one month trial.

Amazon Prime Music includes a wide variety of free music to stream or download to your mobile device via the Amazon Music App.

Amazon has an email newsletter that you can subscribe to that sends you weekly updates of which videos are now free.  This week’s newsletter announced free horror movies and the movie Love & Friendship (Jane Austen story) are now free to Prime members among other videos.

There are also Facebook pages for Amazon Video and Amazon Music.

I often find free movies on Amazon that I had not heard of before but really enjoy.  Some recently movies are
Take Me Home – A woman asks a cab driver to take her cross country after catching her boyfriend cheating.  Comedy/Romance, PG-13.

You can browse more free Prime videos on Amazon.

Enjoy the music and videos!

Schools and work are closed, and to celebrate, my Kindle picture book, The Winter That Almost Wasn’t is FREE on Amazon today!

Making snowmen, sledding, snow angels, and so much more!
Sally, Mia and Ben can’t wait for snow, so they’ll try all the ways they can think of to make it snow.
“Sleep on a spoon
and we’ll have snow soon!”
How many snow making ideas do you know?

My daughter and I created this picture book last winter about a disappointing winter several years ago.  My kids had wished for a good snow all through the winter.  Just like the three kids in the story, they kept trying all the different ways they know to make it snow.

After hearing the story, my then 12 year old daughter offered to illustrate it for me, and we enjoyed working on this project together.

We hope you’ll download our book today from Amazon at The Winter That Almost Wasn’t.  Please leave a review to help us promote our book!  Thank you!

If you don’t have a Kindle device, you can get a free ebook reader for PCs and most mobile devices on Amazon. 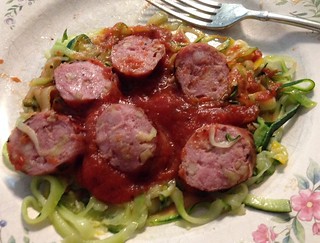 If you have more summer squash in your garden than you know what to do with, the Veggetti is a great way to make vegetable pasta!

I used yellow squash and zucchini to make the pasta with the Veggetti, then sauteed it with olive oil.  Very good with pasta sauce and Aidell’s chicken apple sausag

My friend who recommended trying the
Veggetti has collected lots of veggetti recipes on Pinterest.  Thanks, A!

If you want a faster method of spiral cutting vegetables, my friend has moved on to the Spiralizer which she loves.

I continue to be overwhelmed by the number of mass shootings in the last couple of years as I know most people are.  I’ve been thinking a lot about what can be done to prevent these awful acts of violence and desperation in the future. 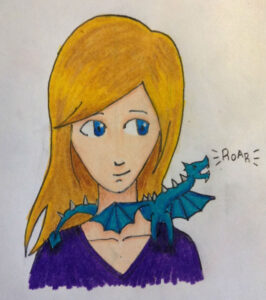